Whether you have a job working for a digital agency or a company that is deeply involved in the online world, there are many small (and sometimes a few larger) decisions that are necessary to make each day.

Indeed decision fatigue is a major problem that is only now being recognised as such. However, making the right decision or the best one at the time is in many ways a learned skill.

Whether you’re an employee or thinking about creating an online business either as a side hustle or a main project, learning to be a better decision-maker is crucial.

So, let’s now look at the different approaches you can take to become better at it.

The Science of Decision Fatigue

As somewhat of a foundation, it is best that we first discuss decision fatigue. It is a fairly newly recognised phenomenon which people are dealing with now.

How Our Day Starts

Let us think about our day. We get up, use the bathroom, get dressed, and then (hopefully) eat a nutritious breakfast. With this procedure, we prepare ourselves mentally for the day ahead while we’re still waking up.

Later, our bodies will rely on this initial fuel (and maybe some caffeine assistance too) to kick-start our brain.

You may not realise it, but we’re making small decisions all day long.

This includes what route we take to work if we’re driving, our choice of listening materials in the car, and so on.

This only increases when we get to work (and don’t think you’re escaping because you work from home either).

The decision frequency increases at work. Usually, the decisions become more important too.

Make the wrong decision and the consequences could be severe. While we’re usually running more on auto-pilot with our morning routine, that’s not the case at work.

Very quickly, we start hitting a wall of decision fatigue when we’ve already made a few decisions, we’re getting mentally tired and it’s becoming harder to reach the right conclusion.

Master the Art of Delegation

While you cannot delegate major tasks to people who report to you, it is possible to train up some staff members to take certain minor tasks on and to complete them well.

To reduce the number of balls that you’re juggling and avoid decision fatigue, learn to not hold onto every task for dear life.

You can still “own” the task while delegating it to a responsible member of your team, then supervise its successful completion.

This helps them to grow in knowledge and skills while freeing up your time and mental capacity for more important projects.

While it may seem like it’s efficient, being a multi-tasker is not a good thing. Accordingly, there’s no such thing as a “great multi-tasker” and therefore, don’t strive for this moniker.

Take on various tasks and add them to a list, but then only work on them one at a time.

That is not to say that you should only work on one task in a day – that’s usually not very practical – but avoid being or allowing yourself to get distracted by the next shiny object.

It’s mentally draining to juggle different projects and the associated decisions relating to all of them!

Use good decision-making skills by focusing on a single task to move it significantly forward to a milestone (if it’s not possible to complete it in one session).

When you need to show progress across several tasks for a senior manager, then work on them individually to make significant progress on each.

Intentionally limit your tasks to restrict how many decisions you make relating to them. Then you’re in a better position to make the important decisions at any time during the workday.

We would describe “decision-itis” as a form of procrastination around deciding. Many managers get stuck like a deer in the headlights waiting for more information coming to a decision.

Trap they fall into is that they rarely stop waiting for additional facts before moving forward and this arrests the progress of the company that ends up stalled when several managers behave in the same manner.

Not making decisions quickly can be a form of procrastination. It’s important to recognise this danger and work to avoid it.

Make a list of what information you need to plan and then determine who you will obtain this data from.

Chase it up to have what you need to move ahead and prevent decision inertia.

To learn how to make better decisions, check out this article from Aston University that has some excellent recommendations worth reviewing.

Be Aware of Potential Biases That Lead to Bad Decisions

If you’ve made a bad decision in the past and it’s confused you later as to why you did that, it may have been because of an inherent bias.

A bias is a way that your thinking gets pushed in one direction or another because of an unexpected influence.

For instance, with stock market investing, many investors suffer from ‘recency bias,’ where they weigh their recent investment experience over what has happened in the past. This leads to decisions that work well in the now but ignore stock market history, such as significant market turmoil which happens every 5-10 years.

In business, look for things like confirmation bias or following the same pattern because it feels comfortable. Confirmation bias is accepting research or facts that back up what you already believed and then settling on that rather than looking deeper.

With a comfort bias, it’s deciding on a certain course of action, product or service development because it’s not far removed from what’s been done before and feels safer.

Other biases to watch out for include pushing ahead because you’re overly encouraged to act. A bias for an action orientation can lead to saying “Yes” to something just to get things moving or even acquiring a company largely for the same reason, then discovering later that both were bad decisions.

Mastering decision making is more important than you realise. When you’re unable to acquire the skill, it’s extremely difficult to be successful in business either as an owner or in management. Fortunately, it is something you can learn to get better at with time and effort on your part. 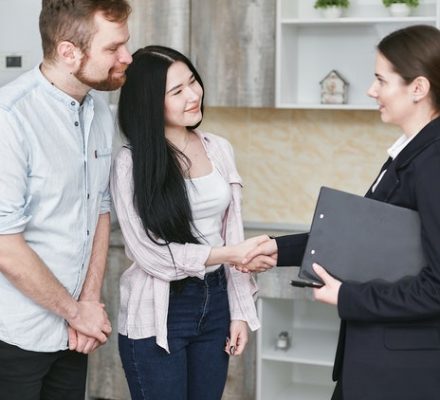